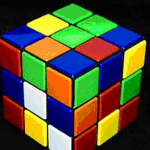 Welcome to my talkpage! Talk to me about anything related to Dev Wiki or Wikia development here. If you have something else to talk about, you could use my Community Central Message Wall instead.

Messages left here will be answered to on your own talkpage. This is so you receive a talkpage notification when I reply to you.

Just out of interest, why switch displaying a list as an actual list, to using the harder-to read style of putting them all on a single line and using <br/> ? It's worth noting the upcoming version of the infobox requires the languages parameter to be a list. - OneTwoThreeFall talk 08:29, November 9, 2016 (UTC)

Personally, I find it easier to keep talk page messages in one place (easier to read/follow), but this can work too!
That's odd! Looks fine in Firefox, but I get that too in Chrome. Adding a bit of CSS (.portable-infobox .pi-data-value ul { list-style-position: outside; margin-left: 15px; }) to override the default PI styles fixes it (and makes it consistent between browsers too).
Most scripts (from what I've seen) do use the br-based format, but there are a handful using lists. Regarding the new infobox: the parameters aren't parsed individually, rather the entire infobox is put through Module:Scriptlist/validate, which then validates each parameter. - OneTwoThreeFall talk 10:51, November 9, 2016 (UTC)

Cube, can I get you to just write all my scripts for me from now on? :P

Yeah, that seems to have solved it, at least from an Oasis point of view. I may have to fiddle around a bit later on if I ever get around to adding Monobook support. (I still find the regex to be a bit more monobook-friendly; after all, wgPageName doesn't change from skin to skin, and the masthead text is only extant in Oasis.)

That first bit of code is actually really neat to experiment with, though it appears that users can't access Special:UserSignup without logging out.

In its current form, the script (with an expanded regex) already lists usernames with two or more alphabets as "available" despite the "one alphabet" registration rule. Is implementing try...catch a better option than what is already in the script? I defer to your greater experience in this case, because I'm still a n00b and I don't actually know.

As for my Nirvana bookmarks, I was referring to this page and this page. As I said, I haven't had the time to actually read any of this material, so I can't speak for how much or how little documentation exists. CoH ☎ 21:25, February 2, 2017 (UTC)

CC BY-SA license agree to grant broad permissions to the general public to re-distribute and re-use their contributions freely for any purpose
Here.

Copying your script from your wiki may not be a copyright violation, because the Dev Wiki, and named in your honor wiki are under the license CC-BY-SA which allows you to freely re-distribute the text and re-use it anyone. Any discrepancy of this license may be considered as «violation of freedom of speech» based on your personal desires which is unacceptable in the context of the wiki projects on Fandom.

I ask you to treat with understanding to what is happening. Thank you!

Hello, I am wondering if you know how to set up a chatbot

I don't mind at all which category is used over on Module talk:Pageinfo, but that page (or some other static page) having a category is necessary for the test cases being able to complete. I couldn't find a suitable existing category, so I created a Test pages category specifically for it. I know it's not the best, but maybe the category will find more use in the future. - OneTwoThreeFall talk 05:27, February 26, 2017 (UTC)

Oh and by the way, great work with your recent tidying of redlinks and categories! - OneTwoThreeFall talk 05:32, February 26, 2017 (UTC)

would help me with a module which can short "Date" in ascending and descending order on the table. perticulerly with this page.

Can you provide all details on how to make custom modules look like the new ones? Is it possible to change the color of wds buttons?

The CSS category, shouldn't include this:

I thought it might be included, after all, the template is on the Javascript category. So I think, why not in CSS category too?--

Hi. I would like to ask you if you can make some changes to this script so that it can place any selected template on the spot that the cursor is currently located at in the page, and not always on the bottom like it is doing. I actually tried a similar template preloader script from Dev Wiki before, but it just does not work for me, and since this seems to be better, I thought I'd use this instead.--Luma.dash (talk) 12:51, May 27, 2017 (UTC)

Hi, I saw this snippet in your bio and am interested in what it should change.

It looks like it has a similar aim as when requesting UserProfilePage controller with its method saveUserData. Am I right so far?

I tried it out, but it didn't change anything. Maybe it is outdated?

Hello, I'm trying to install the flags script into Danganronpa Wiki, in order to retired our multitude of flag templates, however, I'm finding myself unable to figure out what the language code is to embed the EU flag, which we make wide use of to indicate European releases of games, etc. By which I mean, while {{flags|en-gb}} creates a flag for the UK, I can't figure out what the code is, if at all possible, to load the EU flag, although the EU flag is listed in the small flags category which is linked within the dev page. Is the EU flag not included as part of the script or am I just being dense? Thank you for your time. Scottier (talk) 23:01, June 12, 2017 (UTC)

Hi there, Kocka. I would like translate the strings of EmoticonsWindow:

Would it be possible to add a namespace filter to the Logger script in the future? I'd love that feature. TehAnonymous 20:18, July 10, 2017 (UTC)

I am not using Monobook, and the buttons have appeared for me before. Now they don’t.[Template fetch failed for https://community.fandom.com/wiki/Template:papi?action=raw] 13:18, July 12, 2017 (UTC)

Can you make it so that it replaces the Rename button, just like AjaxDelete?

Message in the talk page of SeeMoreActivityButton

Can you please delete this page? It has a new name now.

Also, I apologize for the mistakes I done. I thought the /code.css pages are supposed to have the CSS category.

Cube, why'd you delete archived scripts? The whole point of tagging them as archived, as opposed to deleting them outright, is to preserve them as a form of historic documentation. You kek'd one of mine I was keeping around for such a reason and now I'm unable to restore it. Eizen (talk) 19:37, September 18, 2017 (UTC)

It seems to me that a discussion of that importance should have occurred on the wiki's forums, not on the Discord server, so as to not isolate members of the community who are not active on that platform (like me, Luddite that I am). Regardless, this is beside the point.

As I support your housekeeping efforts, I'll simply delete my restoration of the page and code and move them to my sandbox wiki for doc purposes. Eizen (talk) 20:02, September 18, 2017 (UTC)

It's not that big of a deal to me, just a bit misleading. The whole concept of archiving legacy code implies (to me, at least) that the code will be left untouched for documentation and referencing purposes, even if it is rarely consulted. It's not really archiving if the items in question are chucked into the circular file soon after being tagged as such. ¯\_(ツ)_/¯ Eizen (talk) 20:27, September 18, 2017 (UTC)

Hi KockaAdmiralac, the reason I put the chatconnect condition was because there are some wikis that don't have a chat (this, for example), so the chatconnect isn't available there. I want to apologize for putting that on. Clear Arrow (talk) 20:52, September 27, 2017 (UTC)

Can you restore AutoEditDropdown? There are still some dropdowns where you have to click on instead of hover, like the Edit button in userpages, the More button in the forums and the "Most Visited" button in the category exhibition. Can you please restore it? It still has a purpose for now. —Preceding unsigned comment added by JustLeafy (talk • contribs) . Please sign your posts with ~~~~!

Link to the script: https://pastebin.com/d7kyVD7h

Do you edit Wikipedia? If so, do you know how to import the script to the site? —Preceding unsigned comment added by MechQueste (talk • contribs) 10:17, October 14, 2017. Please sign your posts with ~~~~!

Why the playlist isn't working in the video I have put on my wiki?

I use on my Greek SB wiki a template for a Rail Module I have put via javascript. The template is called BattleForTheNet, and there I have put <option>s, and they work... almost. Whenever the news option (where I have put tabbers) appears, the tabbers don't work, and as a result, only black lines appear. Also, in the Twitter option, the box doesn't load, and only the link appears. What's wrong? If I have to remove some stuff due to being too much, then just inform me.

Are there anything to translate in wikia-nitro's source code?

I've just finished the french translation of Nitro and I'm sure somewhere on the source code, there are something to translate. But I'm not sure what, can you show me the files which need translation?

Can you delete FandomizedThemeDesigner/code.css, please? There are already separate stylesheets for the light theme and the dark theme.

Hi, if you have time, would you convert these two scripts for me, PreloadTemplates and AbuseLogRC, to the new i18n-js format used by a lot of scripts? Thank you. leviathan_89 15:39, November 8, 2017 (UTC)

Thank you so much! No rush. What was the security issue? I'm an amateur with JS, I made those two script by expanding existing codes. Also, do you know there is a bunch of code in your user profile or is that intentional as part of your bio? leviathan_89 22:13, November 8, 2017 (UTC)

Reply: Thanks for the feedback. I am aware that some CSS pages barely have a line or two, but I'm trying to upgrade my stylesheets. Look at TransparentToolbar, for example. Before, it was only one line of CSS, now, it has a lot of code. I'm looking for an upgrade for RoundAvatars, too, so that the avatar badges would be added on the avatars of staff members.

Youtube Player doesn't work on rail modules. Why? In the It's a Spongebob Christmas! Wiki, I have put some videos in this template, but whenever I go to another page to test it (I have entered test mode, as the latest version of MediaWiki:Wikia.js is not approved yet), the videos don't appear. And that also happens with the greek spongebob wiki! Nick mick (talk) 20:02, November 11, 2017 (UTC)

I would like to create some icons for the FandomizedLightbox stylesheet, so that the lightbox modernization would look better.

I originally used WDS buttons, but now, I prefer to use icons for this stylesheet. I would also like to add a "download" button (even though I know this requires JS), so that I wouldn't be forced to go into the file page to download the photo.

Here's a screenshot of my concept.

Retrieved from "https://dev.fandom.com/wiki/User_talk:KockaAdmiralac?oldid=65784"
Community content is available under CC-BY-SA unless otherwise noted.