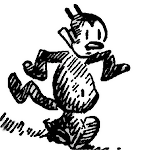 I have amassed a rather large edit count in the year or so, that I've been around Wikia, but I'm not exactly one of the big content contributors. Far from it actually. My interests lie more in the tech that goes on behind the scenes. I'm pretty good with HTML, CSS, JavaScript, wikicode in general and templates in particular, if I say so myself. Though despite all of my tech contributions I'm actually a designer by trade - not a programmer - if you can believe that.

I'm also an admin at a few dozen wikis, so you may have come across my name that way, but if you're looking for a real admin, I'm probably not your guy. Half of the wikis I have adminship on I barely know to be honest. I know their technical setup and design in and out to be sure - but not much of the content - or the crowd.

You'll find code of mine all over the wikiverse. Some of it is specific to certain wikis, but some of it is public and you might find it useful as well. Either for yourself or for your wiki(s). Most of my general purpose code resides at the Developer's Wiki. Here's a - slightly incomplete - list of projects I've been involved in:

Other people's projects to which I've contributed or that I maintain:

And in case you were wondering, my avatar is Krazy Kat ;)

Retrieved from "https://dev.fandom.com/wiki/User:Pecoes?oldid=11385"
Community content is available under CC-BY-SA unless otherwise noted.