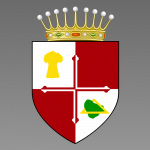 Leave me a message. All feedback is welcome. Please sign your posts with ~~~~

Hi, welcome to Fandom Developers Wiki! Thanks for your edit to the User:Count of Howard page.

Is there an existing script that allows you to replace something to another thing in several pages? [[User:Not real name]] (talk) 21:32, November 3, 2016 (UTC)

If you mean quickly replacing sentences, phrases, or words on wiki mainspace pages without having to manually edit each page, I'd recommend you check out AutoWikiBrowser. It's a program generally reserved for "bot" accounts on wikis, but it makes repetitive tasks like word replacement much easier. There are also scripts like MassRename or MassCategorization that allow you to quickly interact with multiple pages. Take a look here for a list of the most commonly used scripts on the wiki. Count of Howard(talk) 21:44, November 3, 2016 (UTC)

I know that there's a situation where you may have seen this already, but something's telling me that in-case you haven't, that I should show you this code which I published recently. I guess the real reason I wanted to show it to you is because it's based around the same purpose as one of your own codes - to recreate the Classic Community Central Theme. And also I wanted to make sure that there was no problem in introducing a code that was based around the same purpose. I'm pretty sure there's no problem, but still. :D ― C.Syde (talk | contribs) 19:48, December 20, 2016 (UTC)

Yeah, I think I can remember you, or someone else working towards restoring the Classic Community Central Theme. It was only when I recently copied the contents of my own code to another wiki to test, that I realised that my own code doesn't have the Classic Community Central Theme Background. I guess because that part of the code was in my Common.css page, whereas the code I submitted here was taken from my Wikia.css page. ― C.Syde (talk | contribs) 21:23, December 20, 2016 (UTC)

Hi! I was wondering if I could make spanish subpages for the scripts' pages, like "ChatButtonsCollection/es" and things like that. Also, if you make an script that needs some translation, leave me a message and I can help with spanish ;)

BTW, does PageCreator have a CSS class to style it? I mean, for example, if I use something like:

I could style the LastEdited script and put it in some kind of box, but I tried with PageCreator and it didn't work.

Added the CSS you gave me, but it visualizes a bit weird since I am using a mod from this Wiki to add rounded borders to Fandom Interface. But, I can still use both scripts without problem.

EDIT: Removed the mod, but it still looks weird:

Add a photo to this gallery

Perfect :). Last question, how can I have two imports? Cause I want to install your dev Wiki theme, but I already have an import with another mod I found on this Wiki. JesterWall 03:02, December 21, 2016 (UTC)

Found a Bug in the BlogLink Code

I discovered what was wrong. I disabled the ExtendedContributeButtonOptions that you made for me over at Community Central, & it worked like normal. I’m not sure what exactly is the issue, but something about the first code is conflicting with the second. I tried using personal JS on CC & here, since that code is not in the Wikia.js, & it worked. But on Wikis where the ExtendedContributeButtonOptions code is in the Wikia.js, the BlogLink code doesn’t work at all. Do you have any idea why this is happening?

EDIT: If you do find out how to make both of those scripts work together, would it be alright to make that ExtendedContributeButtonOptions code into an importable script here on the Dev Wiki? It’s mainly because I use that script on almost all of the Wikis I have sysop rights on, & it looks like I will have to change/disable every single instance of that script on every single Wiki, & it would be alot easier to have it as an import, since then only one page needs to be edited to change all instances of them.

I could make the initial documentation for you and/or paste the revised code in a mediawiki page here if you’re busy, but since you were the sole author I’ll leave it up to you to decide.
~Ursuul 16:34, January 9, 2017 (UTC)

Same Bug persists in the Import

I switched from the raw code to the imported version, & ignored it since it would take time for Staff to review it. Well, Staff has reviewed it, & though the BlogLink code works just fine as usual, the ExtendedContributeButtonOptions code is still buggy & does not work. Just thought I’d let you know in case you wanted to troubleshoot it.
~Ursuul 02:05, January 10, 2017 (UTC)

I’m on Opera, & I’m trying to change what appears to be a p.last-post code to white (on the Special:Forum page), so that it will pop out against the black. However, the element is apparently wrong, because when I try to style it in PortableCSSPad, it does not work. This is what I’ve been trying:

I updated MediaWiki:ChatUserPageButton.js to remove some useless parts of code that were probably taken from ChatBlockButton, and some other stuff. Could you review it and send for review if it's alright? -- Cube-shaped garbage can 07:36, January 29, 2017 (UTC)

Hey,
I modified another script of yours :P

Ohhh I'm stupid, I forgot that it should only load on your own user page. I think I fixed that now (still without regex :P).
Should I move existent translations into i18n variable? I mean, it would make loading a bit faster, plus it's not like translations update that often.
-- Cube-shaped garbage can 22:12, January 31, 2017 (UTC)

I edited another script of yours once again :P
Changes include:

That's about it, although, the special character checking system seems to reject Cyrillic characters, while users can register their account under that username. Do you think it would be enough to just do new mw.Title('User:' + username); and wrap it in try-catch to check if username contains special characters?
Cheers! -- Cube-shaped garbage can 18:28, February 1, 2017 (UTC)

One way would be to open a new window with Special:UserSignup and run

in it. But that would look very weird.
Other way would be

but that would be inaccurate because a username has also some other restrictions, like not having two different alphabets in it, and I can't find a Nirvana controller for that. Do you think I should apply this way or leave it until I find a better one?
Also, what Nirvana documentation did you see? o_O Nirvana is pretty much undocumented...
-- Cube-shaped garbage can 17:05, February 2, 2017 (UTC)

I guess mw.Title would be a better approach. Besides, we don't really know all the rules Wikia applies to usernames, as in, we can't detect if the username will get antispoofed. Should I make the change?
Ah, that Nirvana documentation. It still doesn't list all Nirvana controllers, though, it's just explaining the outlines of using them.
-- Cube-shaped garbage can 19:34, February 3, 2017 (UTC)

Hi. I'm extremely new to using scripts on Wikia...in fact, I'm doing it for the first time! I'm an admin for the JumpStart Wiki (jstart.wikia.com), and I really wanted to use MassEdit. I managed to get through the approval process and everything, but I'm not actually sure how to access or use it. For the record, all I did was add the following to MediaWiki:Common.js:

Hello! I'd like to translate this script to Polish, but there are some problems. Firstly, in my language the plural parameters would have diffrent versions. For example for "moths" it'd be: 1 miesiąc, 2-4 miesiące, but 5-21 miesięcy and so on... What to do in such situation? And also, are the parameters for seconds and minutes really needed? If they are replaced by "Less that 1 hour" I think if someone wants to check the time of creation of the account they can check RC or logs. Or eventually you can create a hover which could show the concrete time of signing up.
~[Quəntumiið the Wise]→answer/write 11:26, February 25, 2017 (UTC)

Such situation probably appears in all Slavic languages and maybe also other. All the Slavic languages that are available on Fandom are:
~[Quəntumiið the Wise]→answer/write 13:39, February 25, 2017 (UTC)

I saw you created SelectiveDelete, can you maybe add the page deletion rate to QuickDelete as well? As I mentioned here, without it, it causes a bug. I tried to reach the author but he is inactive. leviathan_89 21:03, April 27, 2017 (UTC)

Hey Count of Howard, you have an outstanding question over at Talk:PageCreator, I changed the code a little to solve the problem here, but I'm not sure if it's right. Let me know if it's wrong. I haven't submitted the change for review, so you can just rollback the change if it is incorrect. Thanks! — Original Authority (talk) 18:04, August 15, 2017 (UTC)

Thank you for the demote/promote code. :) I'm not good with JavaScript, but I tried this change and it didn't work. The purpose was to replace {{unreviewed}} with {{demoted}} if "Demote" is clicked on an article with "unreviewed".

I'm basing this review system off wikiHow.com's. Can you guide me through a few minor tweaks to the code?

I noticed a bug in the code you provided. Adding any template like stub to the article makes the Demote option from the dropdown convert to Promote. Batreeqah (Talk) (Contribs) 04:10, September 8, 2017 (UTC)

Retrieved from "https://dev.fandom.com/wiki/User_talk:Count_of_Howard?oldid=130883"
Community content is available under CC-BY-SA unless otherwise noted.