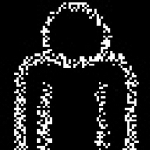 Hi, welcome to Fandom Developers Wiki! Thanks for your edit to the Portal:Voice Search page.

That function was there to stop the script from exposing variables to the global scope. Prinplat ]Open Source[ 17:47, November 20, 2013 (UTC)

It stopped the code from executing properly. That is the priority, so I removed the isolation.

Hi, I was just wondering if you could help me by meeting me on chat about now, if your on. I don't quit understand to most of this coding, and I really want to add some of it to my wiki. http://campjupiter.wikia.com/wiki/Camp_Jupiter_Wiki We can meet on chat there, or here if your up to it. Thanks so much! HunterofArtemis12~The Eighth Wonder of the World. 23:42, December 18, 2013 (UTC)

When you make scripts please enclose them in a source tag and add documentation on the corresponding page, in this case Microformat_Support. Also, do you feel this script would be useful to users outside a specific wiki? --Kangaroopowah (Talk) 02:57, January 9, 2014 (UTC)

I will do that. I just didn't have time to add the documentation. Yesterday was very busy. I will add what I can today.
Yes this will be useful. The basic idea of that script is that different types of data should have different optimizations. This script uses microformats to do that. It's a similar goal to Semantic MediaWiki, but it targets factoids instead of links.
Code Lyoko Wiki: User: Deadcoder 13:29, January 9, 2014 (UTC)

I tweaked the code of Translator and it worked! The problem is is that the URL direct wasn't properly syntaxed and the code:

You need to specify a language like this: <source lang="html4strict">...</source>

added the words on the site, causing the URL to be long so Google Translate can't function as it is supposed to. It also seemed to be missing this code I added that supposed to direct the URL of the site a user is on for Google to Translate it:

You need to specify a language like this: <source lang="html4strict">...</source>

I added the importScriptPage of the PowerPageMaker in Wiki Reino Animalia, and I have a question: where appears the script?

In your wiki's case, it would be at: http://es.reinoanimalia.wikia.com/wiki/Nueva_página

You can also click on the "Contribir" button, and click "Crear una página". This will load PowerPageMaker.

Welcome. Let me know if you need help with anything else. I recommend installing the Voice Dictation and Voice Output scripts.

Boy do I have a weird question

This guy on another wiki said if he was an Amazing coder he would make Wikia Currency with CSS and I was wondering. Can you do that?Amir kinard 05:09, March 17, 2014 (UTC)

In a word, no. This is because of numerous reasons:

0. CSS is merely for defining styles. It can not manage layouts or content. You would need all 3 just to define what the currency would look like.

1. You would need client side scripting for users to actually use the currency. This is beyond CSS. Essentially, you can't define how a currency is supposed to work exclusively by defining what it looks like.

2. You would need to make server-side code that could regulate the currency. This is the same issue as #1.

This is ignoring the issue of finding a server to regulate the currency. Long story short, no. Very no.
Code Lyoko Wiki: User: Deadcoder 13:23, March 17, 2014 (UTC)

Hi. I'm not familiar with how code-editor rights work, however, there should be a "Protect" option in the edit menu dropdown. If there's none, adding ?action=protect to the script's URL should work. If that fails too, you may want to contact any other user with similar rights. -- sqm talk 19:23, 03.30.2014

code-editor only enables editing of scripts protected up to that level, it doesn't allow you to protect anything. It's pretty much an extra level of protection between semi and full. Adding protection to pages remains an administrator tool and needs to be requested (normally on Grunny's talk page). cqm 20:26, 30 Mar 2014 (UTC)

I saw your post on what you wanted me to translate.  Please send me a few links and I can translate into other languages when I can!  Thanks!

What exactly did you mean? Were you suggesting something other than what the script already does? — Foodbandlt (talk) 18:23, January 2, 2015 (UTC)

Why do you call internationalizations langpacks instead of the actual terms i18n? It seems odd and a very non-standard way to do it. Shining-Armor (talk) 14:22, January 30, 2015 (UTC)

It's a shortened "read as typed by a lazy person" version of "Language Packs", which is the most common consumer term for the data to support multiple languages. It's not exactly the standard, it's just me taking the most common standard, and being extremely lazy. Code Lyoko Wiki: User: Deadcoder 16:17, January 30, 2015 (UTC)

I don't know how to add buttons to the sharemenu. Would you be able to help me? It doesn't even work for me when I try to add the tumblrshare button. I've gotten the translator button to work before, but I was thinking of making my own custom buttons to different sites/pages.

Inside there is thunder in your heart

It's my fault with the TumblrShare button. It no longer works, because I haven't had time to update it. I'm going to fix it when I can. I'm sorry.
Regarding your question of how to add new buttons to the share menu, it's actually pretty simple. Use Jquery to wait until the share menu is made and ready, and use the jquery append method to inject your button. The Linkedin support code shows how to do it: LinkedinSupport/code.js . Thank you for asking, please publish anything that uses share menu on this wiki, and I'm sorry about my negligence with the tumblr share button.
17:09, July 11, 2015 (UTC)

BTW, I updated the TumblrShare code. It works again.

In regards to the note on your user page about contributing to the script PageMakerPro I just want to let you know that one of the bullets is false while the second has some truth to it.

First of all you were never a contributor to the source of the script. This can be proven if you were to look through the history of the script. Every change that you made to its source was reverted by either you or myself. Because of this you have not added so much as a byte to it's source and labeling yourself as a contributor would simply not be truthful.

Second, the source of PageMakerPro is not, in fact, based off of the code you wrote for PowerPageMaker. If anything a good chunk of your code is based off of mine (see i18n and your loader scheme). The only part that you have claim to say that about is in regards to the switch conditional which, in PageMakerPro's earliest version, was still more advanced than the conditional used in PowerPageMaker.

Now, I am not saying that the code I wrote was entirely original but to say that you contributed to the script is not true and to say that PageMakerPro is based off of PowerPageMaker is also untrue.

My contribution is not in code. My contribution was the original concept and featureset choice; not code. I did contribute in that respect. PageMakerPro was based on the ideas of PowerPageMaker, even though they share very little code. A physically separate reimplementation is still based on the original. Code Lyoko Wiki: User: Deadcoder 17:05, September 21, 2015 (UTC)

Even then your script didn't serve as an inspiration for PageMakerPro. The script I wrote was based on the needs of some admins from the Creepypasta wiki whom asked if such a thing could be made for them.

And no, in no way was PageMakerPro based on the ideas of PowerPageMaker. The only thing that PowerPageMaker did was to provide the same basic switch statement (which, would have been created regardless because switch is more DRY).

Furthermore, PageMakerPro is not a re-implementation of PowerPageMaker. The two scripts, while they share the same function, derive from vastly different ideas and sets of needs as well as not sharing the same code.

Hi there, I'm from elliegoulding.wikia.com and the vevo video doesn't embed atm on the mainpage. Did I do something wrong? Thank you so much for this btw! :)

I found the problem: There's an issue in your Wikia.js file which is causing the Javascript engine to stop running. You have an unrelated issue in your Monobook version that I haven't isolated yet. I'm pretty sure there's more than one issue in it. If you give me temporary admin rights on your wiki, I should be able to fix half of that.Code Lyoko Wiki: User: Deadcoder 16:32, March 18, 2016 (UTC)

I found an issue: "Uncaught TypeError: Cannot read property 'addEventListener' of undefined" within njord_js:153 . I've never heard of this script. Furthermore, there appears to be other issues in the Wikia script, because I couldn't find that blob of text the script generates anywhere in the main page. Is it possible the script simply isn't executing? Code Lyoko Wiki: User: Deadcoder 17:23, March 18, 2016 (UTC)

'njord' is the Hero Module. I am not getting the same error you are, unfortunately. I do not see any JS errors on the main page. I haven't analyzed your code, but it seems to me that it's not triggering like it should be. Looks like there needs to be more testing involved. Rappy 18:08, March 18, 2016 (UTC)

The njord error only pops up in Monobook, not Wikia. Also, the Vevo code checks out in an isolated environment, so I'm fairly certain that some of the other code is failing, and preventing the vevo module from running. Code Lyoko Wiki: User: Deadcoder 18:36, March 18, 2016 (UTC)

I just checked using test mode and console checking, and it doesn't appear that the script is being loaded. I also checked it out on the console, and it ran perfectly. So it's not this particular code that's the issue. Code Lyoko Wiki: User: Deadcoder 18:47, March 18, 2016 (UTC)

I just double checked, and this problem isn't specific to the main page. I'm actually certain it's a problem with the code of the wiki specifically, because I loaded the script into my personal javascript, and it ran perfectly. This suggests that it's definitely a problem with the wiki's code specifically. Code Lyoko Wiki: User: Deadcoder 19:03, March 18, 2016 (UTC)

I'll take a look at it, but I'm absurdly busy. I can't promise I'll have it ready between now and October. I'll try, but you might want to have another user take a look at it. Code Lyoko Wiki: User: Deadcoder 03:25, September 15, 2016 (UTC)

Hey thanks for the reply. Actually, nevermind the instagram widget, I was wondering if it was possible to embed the Google + Widget like the one in ahs.wikia.com I know you have created a widget for it but it is attached to the side of the page. Is it possible for the one like the one on the AHS wikia? :) Btw, if you're bothered (don't worry, I won't be mad), it's ok!!! OK?? I don't wanna put more stress than you already! You have helped me so much already! --Azending (talk) 13:25, September 15, 2016 (UTC)

Don't worry about it. I'm glad you use the tools I make. BTW, I just added a new video source to VideoIntegrator. Given that it already exists in a way, I"m going to treat the embedded plus button as a lower priority, but I will implement it at some point. Code Lyoko Wiki: User: Deadcoder 17:52, September 15, 2016 (UTC)

Partially. I'm doing what I can on my own and using translation for what I can't. I know it's probably not great. If you can make improvements, I'd appreciate it. Code Lyoko Wiki: User: Deadcoder 23:59, December 3, 2018 (UTC)

Retrieved from "https://dev.fandom.com/wiki/User_talk:Deadcoder?oldid=110116"
Community content is available under CC-BY-SA unless otherwise noted.