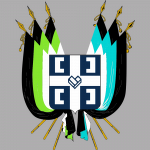 Hi Eizen, welcome to Fandom Developers Wiki! Thanks for your edit to the User:Eizen page.

The problem seems to have gone away, thanks for trying it out! :) http://pufflescp.wikia.com/wiki/Sandbox is where I tested it earlier. Batreeq (Talk) (Contribs) 23:21, September 8, 2017 (UTC)

Hmm, we discussed this topic on the Discord server around the end of June when Rappy was still active on it and when the new headers arrived. Rappy didn't see much point to archiving scripts/stylesheets and there's very little chance people would look into their, not to mention somebody else's, old scripts and learn more about how could they do something. This is not the first time I do cleanup of Category:Archived either, the first time I did, scripts like AutoEditDropdown, ExtendedNavigation, etc. that didn't work on the new headers or were in Category:Archived for a long time got deleted.

I'm sorry for deleting a script of yours you wanted to keep, though, so I'll try to ask you next time a script of yours becomes obsolete. Luckily, being a content moderator means you can view the script's old contents and save it to a file on your computer if you want to use it for future reference, or potentially move it to some other wiki. If you wanted to keep the revision history I think you could download an old database dump of Dev and try to find it there, then look at Special:Export's export format and try to fit your script's revisions into it so you can import it somewhere else (importing MediaWiki or at least JavaScript pages doesn't work, though, so you'd have to change the title of it as well. If you really don't want to bother with this you could also ask Staff to restore it for you (back when I was initially cleaning up I misdeleted a script of Cqm's and luckily Rappy was active to undelete it).

One of my goals on Dev is to clean the wiki up without getting in conflict with the community (or Cqm), so I hope we come to some sort of a compromise.

Ah, alright. I could try to get you an actual export of the code page so you can properly import it through Special:Import if you want. If you feel like the whole process of "archiving" is a little misleading or not specific enough we could start a community discussion about it and see what other users think should be done with archived scripts/stylehseets. -- Cube-shaped garbage can 20:17, September 18, 2017 (UTC)

Hey,
I updated DifferentSkinEditor after Monobook's removal, could you take a look at it and submit it for review if you think the changes are fine?

There is a bug on ChatUserPageButton where numerous links load, stretching the popup down, seemingly forever.—|| Grudgeholderr ||— 09:02, June 3, 2018 (UTC)

Hello! KockaAdmiralac and I were actually collaborating on a rewrite for the script, though since he went AFK and there was something I still had to confirm with him, I wasn't able to put the final fixes on it before you undid my revision. Just wanted to clear that up. :)

You've made such a useful script, but I believe it still needs to get translation. I mean, if you set timezone, this all shows in English, even though a wiki is in a different language. ~Mustafar29 User page • User talk 19:18, September 25, 2018 (UTC)

Hello, your current method of preventing Rate Limit errors with MassEdit works pretty well. However, it is not future proofed (in the case that FANDOM changes the rate limits again) and it also does not take into account users who can bypass the rate limit completely (VSTF, FANDOM Staff, and possibly some local admins). Accordingly, I suggest that you modify it to use something like what OneTwoThreeFall has done here. Cheers, Patrik 19:16, November 19, 2018 (UTC)

Currently, because of the position of the Chat-js toolbar, it overlaps ChatMessageWallCount :/

Using Chat-js as a library is totally opt-in, but it has many features useful in the scripts's code. Would you consider a rewrite of the script to use Chat-js (full doc)?

Here's a potential design you could use. And I can give some code snippets:

I18n-js support would be nice too.

PS: in future, you could generate a whole modal of notifs, using code like ConsistentNotifications.

I don't quite understand the purpose of your edit here.

"none of these old translations are accurate anymore" — There were many accurate translations and now they're removed and messages are displayed incorrectly (<likethis>). So my question would be if it isn't easier to just keep old messages and update them instead of translating the i18n.json for all languages anew. It would probably reduce a lot of work.

Just wanted to mention, there's a cacheVersion option in I18n-js that forces cache to refresh after major message changes like that. -- Cube-shaped garbage can 20:35, October 8, 2019 (UTC)

Hi, thanks for the code; I didn't know about message caching and it made them show up again. However, my actual question was if it wouldn't be easier to just rename the keys for all languages rather than retranslating the whole script. –PHTL ⟨…⟩ 13:01, October 9, 2019 (UTC)

Thank you for clarifying this. I know this "patchwork" definitely isn't desired, but it probably assists translators. So thank you as well for restoring the translations. My impression has been that there are quite a number of active translators for the scripts here, so I hope and somewhat expect that it doesn't take too long for the script's translations to be updated. Good work on MassEdit's update, btw! –PHTL ⟨…⟩ 19:49, October 9, 2019 (UTC)

Retrieved from "https://dev.fandom.com/wiki/User_talk:Eizen?oldid=130884"
Community content is available under CC-BY-SA unless otherwise noted.