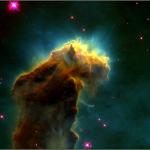 Hi, welcome to Fandom Developers Wiki! Thanks for your edit to the GalleryButtonCustomText page.

Hey, how does the bot status work? I "botted" a user to see what would happen, and nothing did. —Preceding unsigned comment added by JosephHawk (talk • contribs) . Please sign your posts with ~~~~!

According to a comment in the source code: "Bot flag function will only work in MediaWiki 1.16".
I believe most, if not all wiki's are now using MW 1.19. Also if I'm not mistaken, the bot flag usually can only be set by Staff, except on wikis where Staff have, upon request, enabled Admins or Bureaucrats to be able to set it. (At least I'm pretty sure that's how it works.) —RyaNayR (talk • contribs) 23:19, January 19, 2014 (UTC)

Sorry about that. I was thinking it would be better for things to be standardized, and single quotes seem to be more commonly used around here than double quotes. If that's an issue, I will refrain from making such edits in the future. Again, my apologies for that. —RyaNayR (talk • contribs) 13:15, January 31, 2014 (UTC)

It doesn't really make a difference which quotes you use. I rather prefer double quotes because chances of a ' (usually in a string) are more. It's just needed that you don't mix both in the same program.--~UltimateSupreme 14:31, January 31, 2014 (UTC)

That makes sense. So, if there's a script that is mixing the two (excluding instances where one is being used to avoid escaping the other), would it be sensible to change it to whichever quotes are used most frequently in that script? —RyaNayR (talk • contribs) 15:09, January 31, 2014 (UTC)

To be perfectly honest, I'd leave whatever the author of that script has used. If you're making a change to that script follow the conventions the author has used - there may be reasons they left it as such. I use single quotes all the time out of habit and preference and I don't expect to suddenly find someone has edited my script to their, or the local, preference/convention. Even more so considering the scripts I keep here aren't actually the master version. Unless we're dealing with something like AjaxRC which has conformed to mw coding conventions for various reasons, there's very little justification for altering them. The same goes for whitespace, tabs vs. spaces, etc. cqm 01:13, 1 Feb 2014 (UTC)

Thanks for the advice. I hadn't really thought about it like that. I'll keep that in mind and be more considerate when it comes to modifying others' work. —RyaNayR (talk • contribs) 01:34, February 01, 2014 (UTC)

RE: Just a heads-up

Hello! The newly added importArticles in the Free! Wiki isn't working. I've tried bypassing the cache but nothing happened. I'm pretty much sure I've done the right thing in installing the importArticles so I don't really know why it's not working. Even the new style for the tabber and reference pop-ups aren't working too. Can you maybe help us by taking a look at it and see if there's something wrong? It would be a really great help. --Celestetwit 15:40, May 3, 2014 (UTC)

Hi Celestetwit, sorry for the delay in my response. I've been tied up with moving to Seattle so I haven't been able to stay up to date with Wikia very much. I still have a backlog of messages and emails to sort through and respond to and such.

I took a look at the Common.js there and I couldn't see anything that would prevent it from working, and no syntax errors at least. Are you still having this issue? If you are, I'd need to know more about it to figure out what's going on. —RyaNayR (talk • contribs) 20:36, June 02, 2014 (UTC)

RE: WLH on redirect pages scriptlet

A few things I noticed:

Additionally, I feel like this script's functionality can be merged with WhatLinksHere's. I added a functionality like that to WhatLinksHere (but won't submit it yet, you can test it using test mode). What do you think? -- Cube-shaped garbage can 08:54, January 26, 2019 (UTC)

There isn't any set talkpage convention on Dev, and there probably won't be. I prefer to group same messages under same headers and leave responses on talkpages of the author in order for them to receive the notification. Other users, like OneTwoThreeFall prefer responding to messages on their own talkpage so message threads don't look confusing. Most people just don't care. -- Cube-shaped garbage can 01:55, January 31, 2019 (UTC)

Probably because I haven't submitted the script. I submitted it now and the effects should show up once it's approved. I'll attribute you in the infobox on the page too later today. -- Cube-shaped garbage can 07:24, January 31, 2019 (UTC)

Regarding my bash script

Retrieved from "https://dev.fandom.com/wiki/User_talk:RyaNayR?oldid=114710"
Community content is available under CC-BY-SA unless otherwise noted.