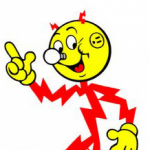 The ExtendedNavigation doesn't seem to work at all on my wiki. The fourth and fifth level links don't show up like it used to. Is something wrong with MediaWiki:Wikia.js or MediaWiki:Wiki-navigation.

Greetings! It appears that you have an error in your MediaWiki:Common.js file that's preventing any further modules from loading. The error text is: "Parse error: Missing operand in file 'MediaWiki:Common.js' on line 62", and when I go check out the file itself it appears that someone has added some broken code that they've titled 'FB Page Like'. They've added it with HTML tags, which the JS interpreter can't handle. If you comment out that code (or fix it), your menus should load as normal.

Hi, I recently adopted "mgc.wikia.com", and I've been trying to get things to work. I found out about your extended navigation, but when I added the code, it doesn't work properly. The page says either the links or the display name has to be different, and they are. I don't know where I'm doing wrong. Can you check this link: http://mgc.wikia.com/wiki/MediaWiki:Wiki-navigation and let me know where I'm doing it wrong? Thanks in advance.

Greetings...I don't see anything wrong with your Wiki-navigation file. My guess is I've got a bug somewhere in the code. For now you might try eliminating any links with internal bookmarks ('#'), but seeing as they are valid links they eventually need to work.

The only problem appears to be on the "Characters" section anyway. If you have the authority, feel free to make edits if it can help you figure out what really is the problem.

Hi, I noticed that the "Characters" section has a pipe character, ( | ), to prevent it from being a link. I've had issues with that before when using this script. What I did was place the nowiki tags around it instead of using | (I got the idea from Spottra). It seemed to fix the issue for me (though I can't be 100% positive that's what did it.) It's worth a try though.

Also, Spottra, I edited the javascript to change the == and =! into === and ==!, in order to make sure that implicit/explicit type-checking isn't cauing any issues. As I mentioned in the edit summary, using the former tends to allow the possibility for incorrect type matching in conditionals. For example, you could accidentally allow null to be treated as a string, in which case it would not act as expected. I believe it is also possible in some cases to accidentally treat an integer as a string, and other such nasty things. (not to mention === is about 15% faster in most browsers, though we're probably talking like a few milliseconds :P)
—RyaNayR (talk • contribs) 02:57, December 31, 2013 (UTC)

Hi Ryan. Thanks for the advice but unfortunately it didn't work. Problem continues. I'm not entirely sure if this means the links before # are the ones that need to be different, but Spottra says they are valid, so I'm confused.

Spottra: for now unless you tell me otherwise (or I get other advises), I will keep it as it is in case you are working on this, so that you can check if there is any progress. But if you're not working on it, please let me know.

Hello. Upon a friend of mine's advice I made some edits and changed several things. Literally nothing is same now, neither links nor display names. But it appears that the extended navigation doesn't work at all. It only works on the section "Series/Post Season 3". I definitely don't know what is wrong.
Mgc26133 (talk) 16:21, December 31, 2013 (UTC)

Ryan, thanks for the changes. You are correct, it's bad practice to use '==' and '!=' but it's an old C habit that I am unfortunately finding difficult to break. :)
Mgc: I've made a couple of changes that appear to have fixed the problem you were having (too early to say if it's fixed the general case, but your navigation appears to work now). The problems I've run into recently have all revolved around special characters: I originally encoded the string with encodeURIComponent() when the Chinese Clash of Clans wiki couldn't use the navigation at all. That apparently is what broke the internal bookmarks (using '#', because encodeURIComponent() encodes that too). I found that encodeURI() doesn't encode # but still encodes the Chinese characters, so that should be fixed now. The other issue was with the apostrophe character ("Stefan's Diaries"): Neither encodeURI() nor encodeURIComponent() encodes that character, but viewing the source for the page shows that the link is actually 'Stefan%27s_Diaries'. So I have added a bit of code to handle that specific character. There may be others that have the same behavior, so if you run into another error just let me know and I'll take a look.

Can I get some kind of fix for my wiki-navigation? Under Media, then Episodes & Specials, two of my level 3s are hanging over the arrows for some reason. Thanks. DEmersonJMFM 19:31, January 3, 2014 (UTC)

Unfortunately the code as it is currently written assumes (and enforces) a fixed-width third level if a fourth level exists. This is due to the fact that I am currently unaware of a way to properly align the fourth level with the right side of a variable-width box. That's not to say it can't be done, and I will look into it, but for now the code fixes the third-level width. If someone has some ideas of how to correct it, I'm all ears.

How about using percentages instead of px values? You'll have to re-work a few things but I think it could be a viable solution.
—RyaNayR (talk • contribs) 05:49, January 4, 2014 (UTC)

I've been looking over this issue today using percentages. I've managed to fix the problem I was having above (w:c:alvin:MediaWiki:Wikia.css/subNav.css). This could be a suitable fix, though using percentages causes the overlap of the fourth and fifth levels to vary a little; more so the larger the size of the fourth level. The main problem I am having now is that I cannot seem to find a way to prevent text from overlapping the chevron. If there was a way to prevent this, a smaller third level might also be possible. I was hoping you could help with me finish this. DEmersonJMFM 03:21, February 24, 2014 (UTC)

I've adjusted the padding with no luck and adjusting the margin for some reason appears to only shift the chevron down. I could just be placing these in the wrong section of the code, but I've tried many combinations. I would love a volunteer; I'll give you temporary Admin rights. Thanks. DEmersonJMFM 14:48, February 24, 2014 (UTC)

Hey it's me again, I lost the page with all the information on it about what to do and such, any chance you could link me to it or let me know how to direct myself to it? it'd be nice for future reference, the one where you and that other guy helped me out loads. I did the edit at a friend's house and when I checked on it at my place it didn't exist.

Hello! I installed your extension on the wiki, but it does not work in one place. See screenshots, please.

P.S. By the way, how to change the color of the arrow?

screenshot2
Add a photo to this gallery

I am one of the users who is benefited by your script. Thanks very much for creating it. Its already appreciated to have the function to delete pages by the simple way. May I ask to add it on the Category Tree? My situation is listed here: Talk:MultipleFileDelete#Special:CategoryTree

Would it be possible to add support for magic words in Level 3 and 4 sub-headings with this feature? Is it already possible? Or are there code limitations I haven't considered? 🚀banana (✒️banana wall) 20:01, May 7, 2017 (UTC)

Retrieved from "https://dev.fandom.com/wiki/User_talk:Spottra?oldid=55246"
Community content is available under CC-BY-SA unless otherwise noted.