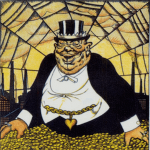 Greetings & salutations dear fellows, I am Ursuul. If you need anything or have any problems or questions, feel free to leave a message. I don’t bite :)

Re: Found a Bug in the BlogLink Code

As for your second suggestion, I tossed ExtendedContributeButtonOptions into a MW file here for you to import. I'll make up a doc page later today. Thanks for the bug report. CoH☎ 16:46, January 9, 2017 (UTC)

Just the line, or the entirety of what is within your syntaxhighlight?

RE:Same Bug persists in the Import

Sorry :/ It’s here, as well as every other Wiki where that import was used.

Well, I just copied all your Wikia.js stuff to my wiki's Wikia.js and commented out anything in my global that might interfere, and it works perfectly for me, so that ain't it. I'm thinking it may be something in your Common that's breaking it. There is a lot of UserTags junk in there that historically doesn't like to play nicely with other scripts (protip: use ProfileTags) so that may have something to do with it. I'll poke around a bit. CoH☎ 02:24, January 10, 2017 (UTC)

I'll beat my head against the desk until I acquire an answer. I'll run some tests on different wikis to see why it works for me and not for you. Be aware though that most of these tests will have to wait until tomorrow, thought I'll try to have an answer to you as soon as possible. Debugging is subtle art. CoH☎ 02:36, January 10, 2017 (UTC)

Definitely take your time, this is pro-bono stuff after all. I can wait, just be sure not to damage the furniture ;)

Ok. I’ve commented out all of the Common on Nightangel, & upon running test mode, I still do not see either Add a Blog or Add a MediaWiki Page. I’ll go comment out the Diep.io Wiki & Dresden Files Wiki Common.js & test that, but I have a feeling the result will not be much different. My Global.js & Global.css are both commented out, so that shouldn’t interfere. I’ll also ask another user from my Wiki who is still awake to come check out the Nightangel Wiki as well as the Diep.io Wiki. After I’ve done all that, I’ll get back to you.
~Ursuul 03:03, January 10, 2017 (UTC)

Alright. If you would, when you have the chance, go here, enter test mode (you should be able to), and tell me if you can see any options. If you can't see anything, it's a problem on your end. I need to know if it's the script or some wacky personal bug. It makes no sense that I can see things while you can't. CoH☎ 03:18, January 10, 2017 (UTC)

Besides that, I have a bit of confusing results, even after commenting out the Common.js pages of both depicted Wikis:

Does BlogList work as well? I gave you temporary sysops so you should also see "Add a MediaWiki page" on my wiki.

It's bizarre that it works in some cases but not in others. I'm honestly not sure what the problem could be, and it's exceedingly rare for me to not have some answer. The fact that you can't see the options on the Nightangel wiki while other users can (even with your global code removed) makes me wonder if you should submit a bug report to Staff and have them look into your account.

But as for Diep.io and Dresden, I need to see (assuming Common is still blanked) if I can see the options myself. Can you grant me temporary sysops so I can use test mode? CoH☎ 03:34, January 10, 2017 (UTC)

Yes it appears to work. I can see the “Add a MediaWiki Page” as well. Also, sure, seems only fair that if you can trust me with temporary sysop rights that I can do the same, I’ll set you up with them on both Wikis real quick.
~Ursuul 03:37, January 10, 2017 (UTC)

Go ahead and demote me. I'll run through your Wikia.js code in the morning and see if there's some script that is interfering, but honestly, since I copy/pasted all your Wikia.js code to my wiki and had no problems, this might be worthy of a bug report. There's no reason why it shouldn't work. CoH☎ 03:47, January 10, 2017 (UTC)

Ok. I’ll consider reporting it then, but I’ll wait till this morning. This was a real rollercoaster, but thanks for all your efforts.

From what I can see, it appears to be yet another server caching issue (the affected wikis aren't loading the ExtendedContributeButtonOptions script at all, likely because it wasn't approved at the time the wiki last made a change in their JS). Try changing the order of your importArticles array on the affected wikis (this'll force the server to generate a new cached version) and it hopefully should be working after review! - OneTwoThreeFall talk 08:33, January 10, 2017 (UTC)

UPDATE: It only appears to be working on the Diep.io Wiki. All the other Wikis with that import statement, even after I reshuffle it, still have the bug. Not only that however, but BlogLink has stopped working on those wikis...
~Ursuul 13:53, January 10, 2017 (UTC)

I have a theory that the problem may be connected to the manner in which my form HTML is included, similar to this discussion. I'll check it out later today, but in the meantime, I've asked Cqm to take a look at this and see if he can uncover the problem. CoH☎ 14:24, January 10, 2017 (UTC)

For me, at least, both scripts are working on Diep.io wiki and Sword of Truth wiki.
On the Dresden Files wiki, there is a syntax issue in the MediaWiki:Common.js page (line 62, where the comment from line 11 is being closed early). On the Night Angel wiki, the JS minification process run on MediaWiki:Common.js causes the '*' at the end of line 1 and the '/' at the start of line 2 to end the comment early, causing a syntax error in line 3. Hope this helps, OneTwoThreeFall talk 17:01, January 10, 2017 (UTC)

No, I'm just an idiot. I think this is what you want:

...was there something I was supposed to do? I told you to copy/paste the content from my wikia.js file on my test wiki. That worked for me. All the desired elements were present. CoH ☎ 14:09, January 26, 2017 (UTC)

I'll bring it to his attention. I tried it on another wiki, and once again could also only get the CoHDev import to work. CoH ☎ 14:42, January 26, 2017 (UTC)
Final addendum: I believe I found the issue. It's trailing whitespace that's registering as a parser error in the console. The CoHDev import lacks this whitespace. CoH ☎ 14:55, January 26, 2017 (UTC)

Import from here, I'd say. After this, I intend to stop submitting changes to CoHDev scripts to make the code reviewers' lives easier. CoH ☎ 15:01, January 26, 2017 (UTC)
Final update, I swear; in the interests of simplicity, I've simply applied your preferred CSS settings for the back button and stuff to the main script, so you can remove the code immediately after the imports in your Wikia.js file. You can also move the imports back to the bottom once the script is approved if you want. CoH ☎ 15:15, January 26, 2017 (UTC)

Hey there, I replied to you over at User talk:OneTwoThreeFall#ShowUserGroups Classes & Orders suggestion last month, but I'm not sure if you noticed. Just letting you know, in case you didn't! - OneTwoThreeFall talk 06:46, October 12, 2017 (UTC)

I don't the the reason why I shouldn't translate it. (づ￣ ³￣)づ

I know that someone a French translation to the script but I want to see if you are able to translate the script documentation for the rest of the languages.

Hello, Ursuul. Thanks for informing me about the EmberFall script. I'm checking it out. :)

Out of curiosity, do you happen to know whether there is a way to request FANDOM to allow an exception to the customization policy?

—J.S. Clingman Fëalórin, A Child of Him whose love never fails.

Hmm... Thanks for the info, and for the help. I never knew all that! I will strive to abide by Wikia's policy from now on. :)

Retrieved from "https://dev.fandom.com/wiki/User_talk:Ursuul?oldid=108353"
Community content is available under CC-BY-SA unless otherwise noted.